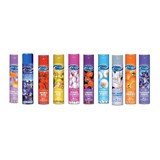 Our Charm Air Freshener is 2 for £1 Eliminates odours, leaving the distinctive fragrance of fresh laundry to freshen your home or business. A high perfume yet economical product, will sweeten and freshen every room in your home. 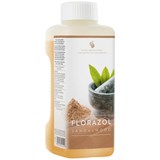 Evans Florazol is a concentrated deodoriser in a 1ltr bottle. Florazol has a High Perfume content and leaves a clean fresh smell. Very good for care homes and hospitals. Florazol can be added to the solution tank of carpet cleaning extraction machines to overcome malodours. Available in Freesia, Bouquet, Lavender and Sandalwood. 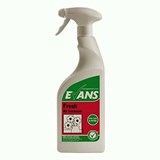 Fresh Deodoriser Concentrate is a candy disinfectant and deodoriser concentrate based on a synergistic blend of active biocides for guaranteed results as an air reconditioner. 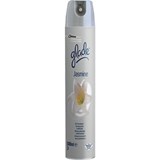 Available in 500ml canisters, these high strength, 2-in-1 action Glade air fresheners both deodorise as well as fragrance the air, leaving a lasting freshness and aroma. 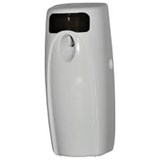 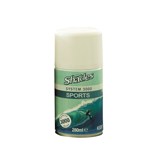 An effective metered aerosol for lasting fragrance. For use in washrooms, lobbies, hospitals and reception rooms. Buy online today. 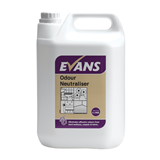 Odour Neutraliser 5ltr. Very effective odour neutraliser. The only one in our range which actually kills the bacteria on contact which is causing the smell. 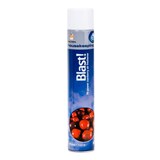 A soft, fruity cranberry fragrance containing background tones of raspberry which indicate a slightly sweet note. It is a professional hand held air freshener for instant application, it has a powerful spray action to reach even the most inaccessible of locations. Ideal for areas such as washrooms, offices, toilet areas, care homes, hotels, reception areas, school classrooms and anywhere where fragrance is required 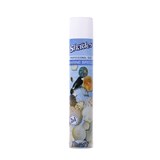 Understanding the right air freshener to use is important - check out our commonly asked questions.

Do you have an air freshener which will get rid of malodour?

To provide a distinction an air freshener is a product that typically emits a fragrance (either through a spray or gel) which sweetens or deodorises the air.

The other type of odour neutraliser is a biocidal one, which is full of enzymes which will effectively eat their way through the bacteria digesting them and causing little harm to the environment. If we are being realistic about harmful effects to the environment, anything which kills anything else, is not eco friendly. So all of the sanitisers and bleachers are harmful to the environment.

Do you have an air freshener which automatically dispenses?

Yes we have a metered air freshener, which automatically dispenses in to the air every 7.5, 15 or 30 minutes (depending on the setting). The associated dispenser can be set to dispense either at night, during the day or for 24 hours. This dispenser has a light sensor built in so it knows when it is day time or when a light comes on in the room, so is great for offices with the day dispensing setting, or for washrooms with automatic lights.

What scents are available?

We have various scents available and all of the selections are available on our website.